You want to have a barbeque with your friends but you are having trouble finding public barbeque facilities near your home.

Maybe you want to go for a run but worry about speeding cars or dread European wasps attacking you en route.

Your kids, as ever, are bored in winter. You would like to find some free activities in your area but after incessantly browsing the ACT government website the day is already over.

You have just moved to Watson and need to get familiar with your new suburb. But you do not know where to start…

If these problems sound all too familiar we have the solution - the ACT Liveability Profile Index (LPI).The LPI provides a liveability profile of each suburb in ACT. It assesses the risks and the benefits of living in certain suburbs.

The aim of our project is to integrate different datasets and develop a visualisation software tool to generate the ACT LPI. With a simple click, Canberrans can start discovering our beautiful suburbs right here in the ACT.

We have created a LPI of the suburbs in the ACT. It is an interactive map that allows you to compare suburbs based on our calculated liveability index score, and view this in relation to other specific factors, such as population or median income.

We developed the concept after personal stories of the difficulty to source information about amenities or hazards within one suburb without having to browse several sites, endlessly scroll or physically visit the location. We want to integrate all information in one location in an easily digestible format. We transformed publicly available data to help you make better decisions and potentially policy makers too.

We integrated more than 10 datasets to generate the LPI. Suburbs and postcodes are used as a standard to link each dataset. We have collated data from ACT Open Data, the ATO and the ABS on liveability factors such as sporting facilities, public toilets, cycling accidents, police stations, traffic camera offences and fines, and speed camera locations.

To calculate the LPI we assigned a positive or negative rating to each factors, with an influence weighting.

To create our interactive map with the LPI, Python, R Shiny, CSS and HTML were all used.

Who are the users?

This is the story of David. David moved to Canberra at the start of the year to take a position as a public servant. He was unfamiliar with the city and quickly needed to find a place to live. Everyone thinks David is pretty buff. He likes to work out and rides his bike to work. He wants to find a suburb that is close to a tennis court and has access to bike paths. He stumbles across the the ACT Liveability Profile Index. With the LPI he finds a suburb with plenty of sporting facilities and bike paths that make it the safest suburb for cyclists in the ACT.

Sally has two boys and is involved in running her local youth group. She is volunteered to organise the annual barbeque. She is looking for a park with barbeque facilities, a playground and toilets. She wants to make sure there is parking for all the parents. She knows it’ll be hard to supervise everyone all of the time. So she wants to make sure that the area is safe and that there are few car accidents. The park should be in a central location near the church where the youth group meets so that people don’t need to commute too far.

The ACT LPI lets her check traffic accidents and public amenities in the nearby suburbs. She finds the perfect place. If only the LPI could fix the Canberra weather!

George is a local miscreant. His council-supplied housing estate is being knocked down to make way for some new apartment blocks and trendy cafes. He has been forced to move to a new area and wants to know where to find like-minded riff-raff but wants to stay away from high-crime areas where he may be more likely to run into PC Plod. The ACT LPI shows him where crime rates are just right. He also needs to find public lavatories where he can find gentlemen who will engage his services for a fee, pick-pocket others and shoot-up in privacy. The ACT LPI directs him to the suburb’s facilities. Even George likes the ACT LPI!

George, Sally and David are our primary targets. But we hope the tool can reach more people including tourists and policy makers who may be able to make changes to improve the liveability of some suburbs.

We imagine policymakers considering the impacts of their decisions by seeing how the addition or removal of different amenities will influence the liveability profile of that suburb.

Why is this a valuable tool?

Moreover, by rating the liveability of certain suburbs, local councils and the ACT government can use the LPI as a guide to determining deficiencies in infrastructure and other public goods, or identifying areas prone to hazards that could be remedied. Changes over time will be captured creating a time-series index to measure liveability and determine the success of infrastructure projects and changes to regulation.

The LPI is still in early stages. Due to time constraints, we have only collated a limited number of datasets. However, a great strength of the LPI is that it is easily upscaled. Integrating more datasets and further mining and cleaning of data from publicly available sources will capture more factors that affect the liveability of an area. It will also enable users to identify more attractions and hazards of an area. Our map does not have the specific locations of amenities at this stage.  With further development this feature would be available for users, improving the user experience.

The addition of non-public data would allow the LPI to take into account living expenses of areas. This would enable users to determine where they want to live. With advanced LPI, they can better decide the tradeoffs they wish to make between living expenses (such as rent, council rates and utilities) and access to local amenities or risks associated with particular areas. Private data including the ones from utility providers would indicate living costs. Data from the private sector would also shed light on employment prospects. 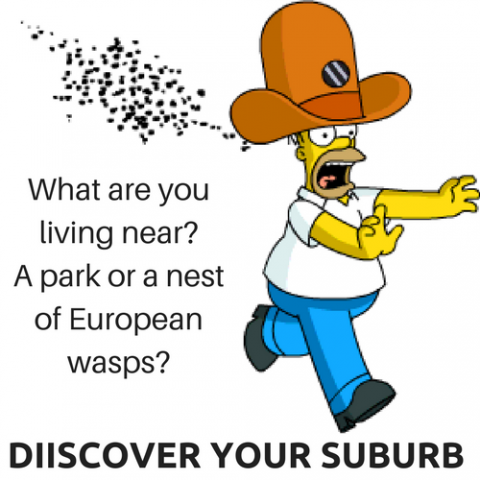