While Australia continues to enjoy a trajectory of uninterrupted annual growth for the consecutive 26th year, we know that not every sector or every person has benefited to the same extent.  Based on certain measures, it can be observed that income, and especially wealth inequality amongst Australians, may have widened over the past few decades. A widening income/wealth equality trend over a long time is not desirable for any country as it undermines the productive and innovative capacity of the population. Our team is interested to explore the likely trends of income/wealth inequality by 2030 in response to the ATO bounty question of “Plausible Futures”, essentially seeking the answer to the question: “What will income and wealth inequality across Australian postcodes look like by 2030?”

We use the ATO data set published on data.gov.au, which contains a sizeable proportion of data from the Census, as well as detailed demographic data from the ABS to build our baselines and scenarios. The core premise of our project is to rely on historical ABS demographic data to make assumptions about the likely forward trends in mortality, birth and migration rates to project the ATO population data by age group and postcode into future years, so as to examine and compare the income/wealth per capita over time across these postcodes calculated using ATO’s data on income and tax payable. We strive to develop a Gini coefficient, which is a measure of statistical dispersion of income or wealth distribution, by postcode across the years, which will serve as a high-level indicator of the magnitude of income and wealth equality over time.

We hypothesise that income and wealth inequality by postcode based on the ATO data set will be higher by 2030. At the same time, we are keen to explore different future scenarios into the future by adopting different population growth assumptions.

“Scenario planning is not intended to predict the future, but rather to communicate a wide range of possible outcomes and the consequences of each.”

To engage better with our users in the data visualisation process, we aim to devise a website that has an interactive interface, which allows users to select different demographic assumptions and see the future scenario of income/wealth inequality unfold before them. For example, a slider on a webpage that will allow users to see a dynamic chart of the trajectory of the wealth inequality between rural and metropolitan communities in Australia.

The Government can use our products to assess the impact of their public policies on income and wealth inequality experienced by various demographic groups in Australia, whether it is rural communities, different age groups, socio-economic status or education levels. General users can reply on our product to assess how their income and wealth track against others from the same city, region or state. 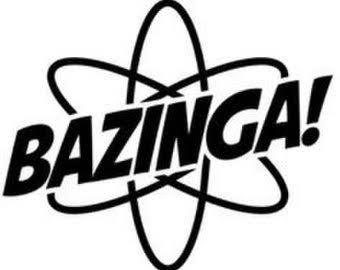