Dissatisfaction with politics is at an all-time high – and with that brings deteriorating engagement in the parliament and its business. With new economic and environmental realities that the younger generation must face, future generations cannot afford for our elected parliamentarians to be held unaccountable. Without change the disconnect between the community and their representatives will continue on its increasing trend, which will inhibit growth. Furthermore, engaging in politics is often seen as a tedious, time-consuming and intimidating task to many people.

Politech presents RE:Member, a facebook messenger chat bot, as the solution to deliver parliamentary proceedings directly into the pockets of 16 million Australians. RE:Member is a fully autonomous chat AI that informs users of how their MP has voted on parliament divisions. Using the 'they vote for you' API to access Hansard's political proceedings data, the bot can tell users the results of recent proceedings, as well as link to sites containing detailed descriptions of the divisions. Hansard's data provides transparency on the proceedings of Australian MP's, and RE:Member allows for this valuable data to be easily accessed and interpreted by the public.

The user is also given the option to 'approve' or 'disapprove' each vote result they are shown. These responses are stored in a database, and in the future these results may be compiled and sent to MP's, giving them direct feedback from the populace.

RE:Member presents an opportunity to engage Australians who otherwise do not have the time or interest to follow politics. Using messenger allows the bot to integrate conveniently into the daily lives of many Australians. Re:member will also nurture a culture of accountability and communication between MP's and citizens. Citizens will be able to interact with and shape national politics regularly, whilst MP's can respond to the populace faster than ever before. 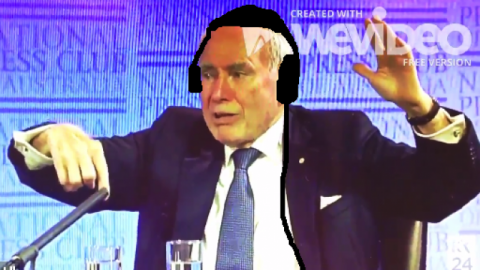