Would you stop using your car if we could show you a nicer way to work?

scenit is a navigation app that doesn't just give you the fastest route... it gives you the most scenic.

We are a team of seven data science novices. Big on ideas but still growing in skills, and this is our first hackathon.

The starting point was to look at ways of encouraging people out of their cars and back on to public transport to help solve Sydney’s congestion problems.

Initially, based on the idea that Sydney traffic feels like it comes to a standstill on hot or wet days, could we encourage people back to public transport on those days if they knew they could easily get a seat? Alas the usual problems data scientists experience when it comes to accessing big data were exacerbated by the short time frame allowed.

Our next idea came from team banter about scenic cycling routes and the difficulty of navigating Sydney when you’re new to our city.

scenit is a navigation app that doesn't just show you the shortest route, it shows you something more scenic. With crowdsourced data and social media scraping, users will be introduced to some popular locations, those with accessibility issues could also upload their trips for others to trace. 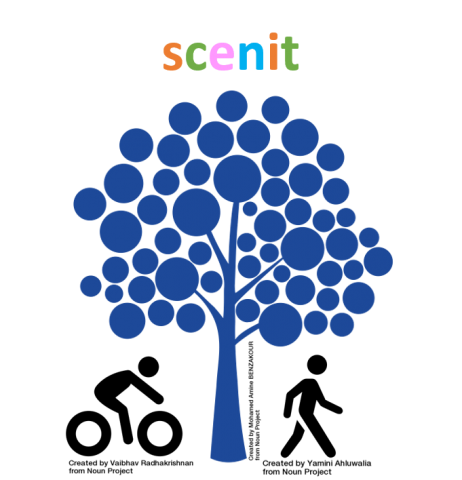